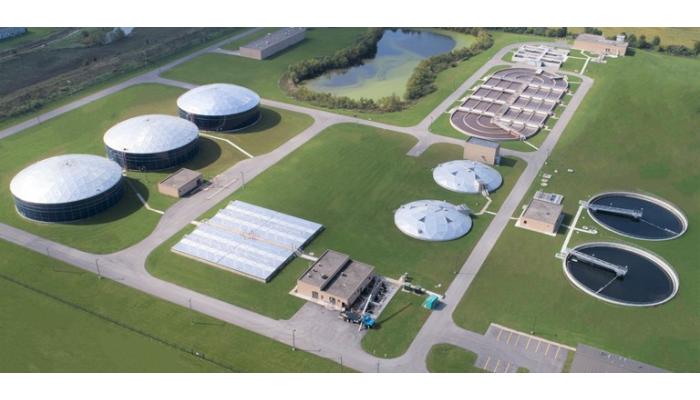 Donohue & Associates and the City of Joliet, Illinois received a 2020 Engineering Excellence Special Achievement Award for the “Preparing for the Future: Upgrades at Aux Sable” project from the American Council of Engineering Companies (ACEC) of Illinois. In addition, the project also received the Judges Choice Award.

Donohue worked closely with the City of Joliet to plan, design and implement biological nutrient removal at two of their wastewater treatment facilities. At the Aux Sable wastewater treatment plant, a new biological selector allows the plant to operate in three different biological phosphorus removal arrangements depending on conditions. In addition, the project design included the ability to trade total phosphorus performance between two of its facilities to both meet the effluent limitations and lower operating costs once improvements are implemented at the Eastside wastewater treatment plant. This is the first trading arrangement approved by the State of Illinois and paves the way for future similar arrangements at other facilities in Illinois.

Allison Swisher, PE, Joliet’s Director of Public Utilities, noted, “In addition to meeting the technical challenges of the project, Donohue also provided significant and critical support during negotiations with both regulators at the IEPA and environmental groups. This plan will save the City money in the long-term while reducing the City’s overall environmental impact.”

Engineering Excellence awards recognize quality engineering achievements. Entries are judged on the basis of excellence in design, the degree to which the client’s needs are met, as well as benefit to the public welfare and to engineering practices. Learn more at www.acecil.org